Last week we went to our second Dr Sketchy event at the National Gallery. It seems odd that such an event takes place withing the formality of Gandel Hall, however everyone enjoys themselves, the burlesque is well done and the art making fun.

This time we had two male models which provided different body shapes and poses to come to terms with. 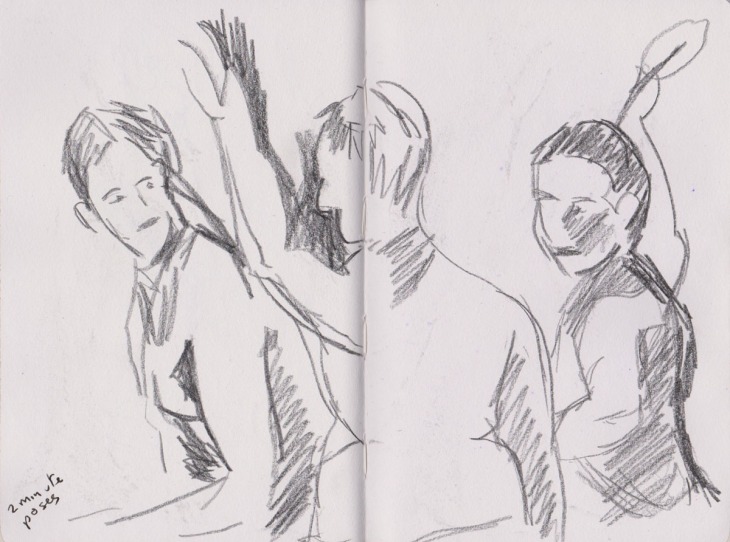 We worked up from two and five minute poses to longer poses at the end of the evening. 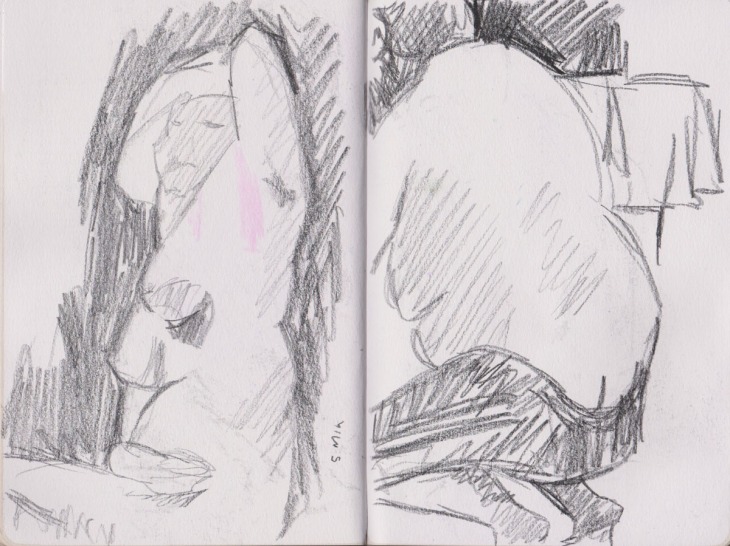 And then there was the blue woman. Two of the models were covered in body paint and despite the colour, or perhaps because of it, I found it much easier to come to grips with the shape of their bodies when I drew them. One of the women was painted blue (not Yves Klein blue I hasten to add) and wore a white wig. I really enjoyed drawing her. 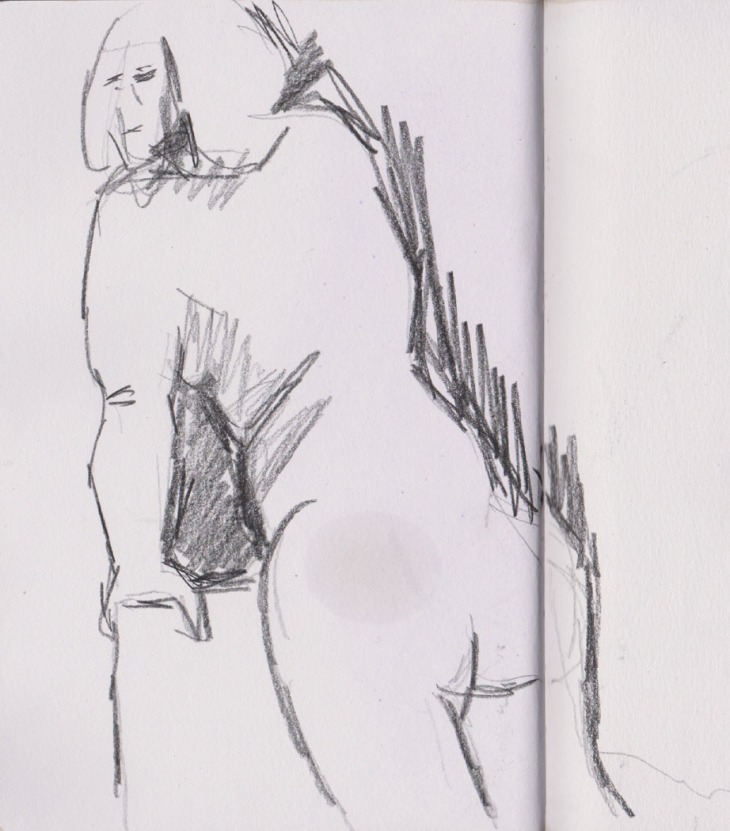 Per usual the gallery restriction on media meant I was limited in how I could respond to the colourful models. One of the other people at our table gave me some chalk pastels and pastel paper which allowed me to make a more colourful drawing. 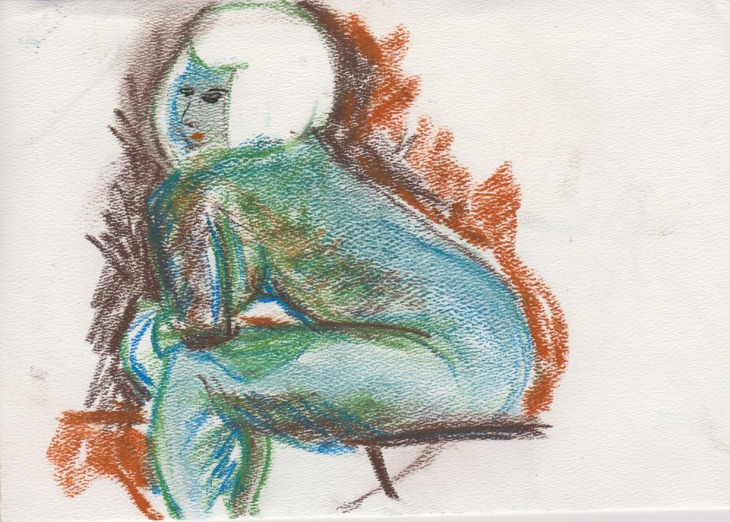 I enjoy these evenings as I come away with a sense of having had a really good artistic workout.