A week ago I ‘visited’ a cave in France that had, along with a series of exquisite artworks, been locked away for over 20,000 years. I did this via the medium of Werner Herzog’s film The Cave of Forgotten Dreams. The Chauvet Cave paintings are the oldest known cave paintings in the world and have been dated to 32,000 years before present.

I concur with one comment I read that said at last, with such a documentary film, you can see a real point to using 3D technology. Seeing the film you could really appreciate the cave surface and the most intimate detail of these art works.

Here are lions hunting bison and rhinoceroces – the skill of the artist lies not only in the deft manner of their charcoal drawing, but the highlighting acheived by scraping the cave surface back, around the jaw of the lion on the far right and around the head of the animal in the middle, to reveal the white surface of the cave wall. The cameras moved as close to the paintings as possible so you could see the unbelievable detail of the works.

Picasso was reported as saying having left the Lascaux Caves (which are 10-13,000 years more recent than Chauvet) “in 40,000 years [sic] we have learned nothing”. Good thing he never saw Chauvet.

To ‘visit’ the cave yourself you can go to the offical cave website.

A change of pace, with a bit of colour. 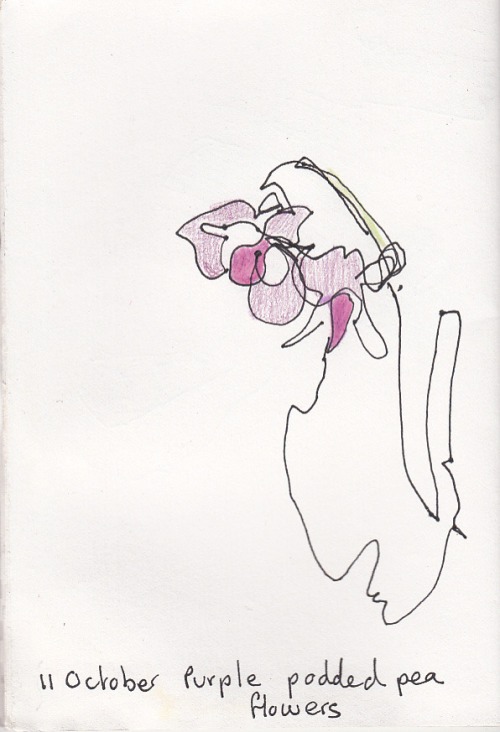 Two drawings from September – the artistic muscles are getting a bit flabby due to ‘lack of exercise’.