On Friday I spent my first day printing at Megalo, our public access print facility, for the first time in over a year. There have been big changes as they have recently moved to a newly renovated building. It’s full of light and very pleasant to work in.

I had no specific plan of what i would print so I decided to play around. I’m pretty much a screen printer, but I like to be fairly unstructured in my print making approach. I generally print with dyes rather than pigments which allows for some very free image making and the ability to use some water colour techniques as well. 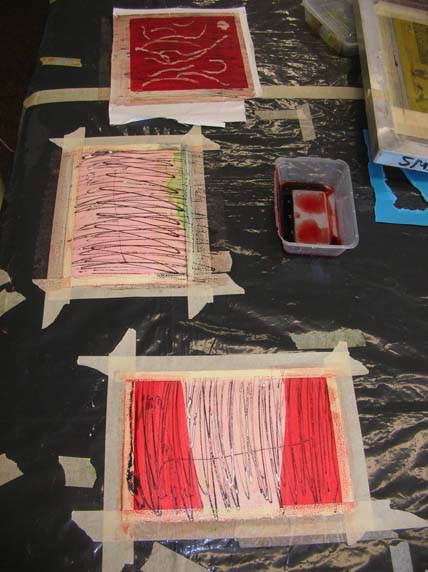 Printing at Megalo. The plastic sheeting is needed to protect the print table from the dyes.

To make things a bit easier for myself I chose to print on A4 size sheets of Stonehenge paper. I also decided that I would just do whatever doodles came into my mind, no preciousness allowed. Here are two of my prints. 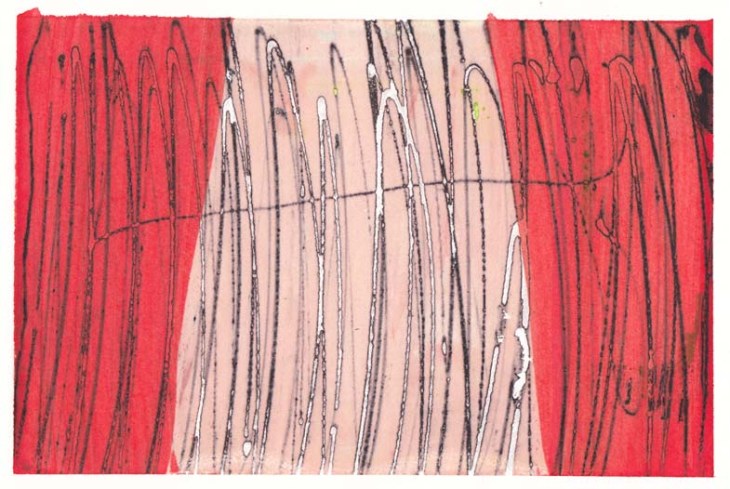 I’m really pleased with the outcomes and I’m looking forward to my next printing session. I thought I handled the long days printing quite well – that is until I got home and promptly fell asleep in front of the TV.

Waiting for my lunch I sketched the table setting.

Yesterday I went to the first of a series of four lectures on contemporary Japanese ceramics, which are being held at the National Gallery of Australia. While waiting for the audience to settle in I did a quick ‘blind’ drawing of the image on the screen of an ikebana arrangement by Kawana Tetsunori, a master of the Sogetsu School of ikebana.

I love the serendipity of life. When I looked up Kawana San’s website I realised that I had seen a major installation work of his, ‘Five Elements Water’, at the National Gallery of Victoria in June 2009. Not only that, but I had made a number of drawings of the installation. 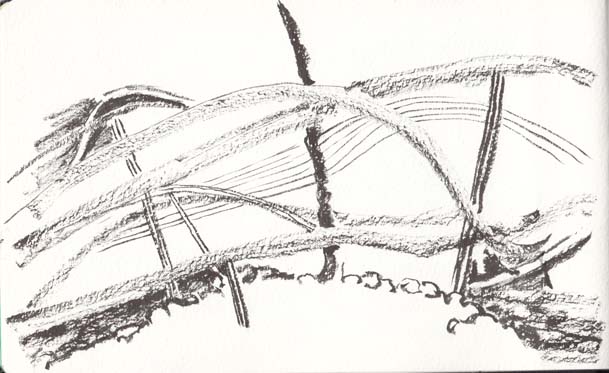 The lecturer, Dr Wendy Ella Wright, was drawing attention to the link between post-WWII Japanese ceramics and their use by more contemporary Japanese schools of ikebana. OK, enough of the ikebana diversions.

I also did a second drawing of a work by Hayashi Yasuo called ‘Cloud’. This piece was made in 1948 and has a very glossy black surface. I’ve been unable to find out how large this piece is.

The weather today was sunny and warm, 15 degrees C, for winter that is. On our bike ride around Lake Tuggeranong we stopped and enjoyed the view back towards Mt Taylor. 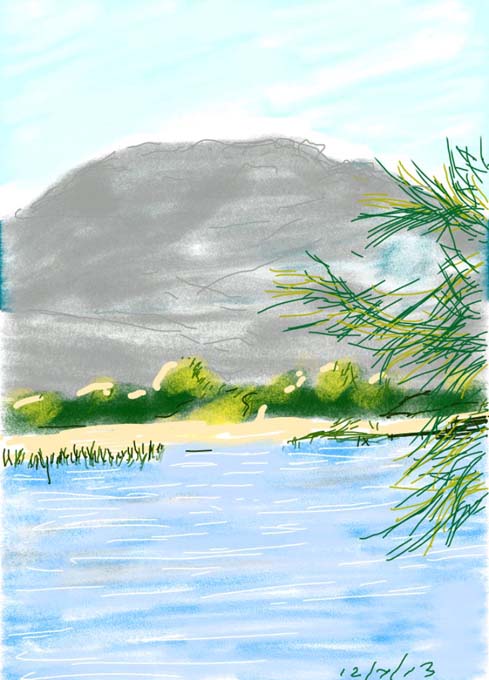 I used my tablet for the drawing and found the finer ‘pen’ settings to be quite effective.

This week I am using a new sketchbook, one I bought in Japan, several years ago. The paper absorbs the water colour in a different manner to my previous sketchbook.

I then decided to draw the cafe tables and chairs that were unoccupied due to the cold and overcast weather. 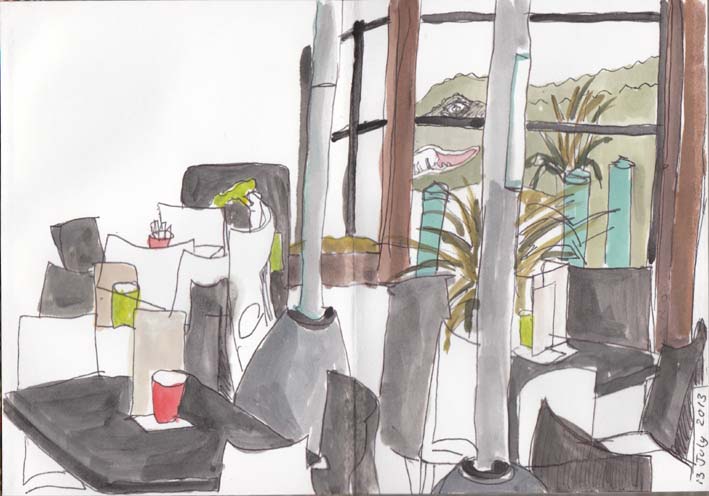