The 16th of September was Papua New Guinea’s Independence Day, so what better way to celebrate than return to the Myth + Magic exhibition at the National Gallery of Australia. This time I also managed to drag some friends along, as well as my partner, so we all set about sketching.

My first target was the Orator’s Stool from the East Sepik. I started with the face and enjoyed working with the deep shadows cast by the dramatic lighting. 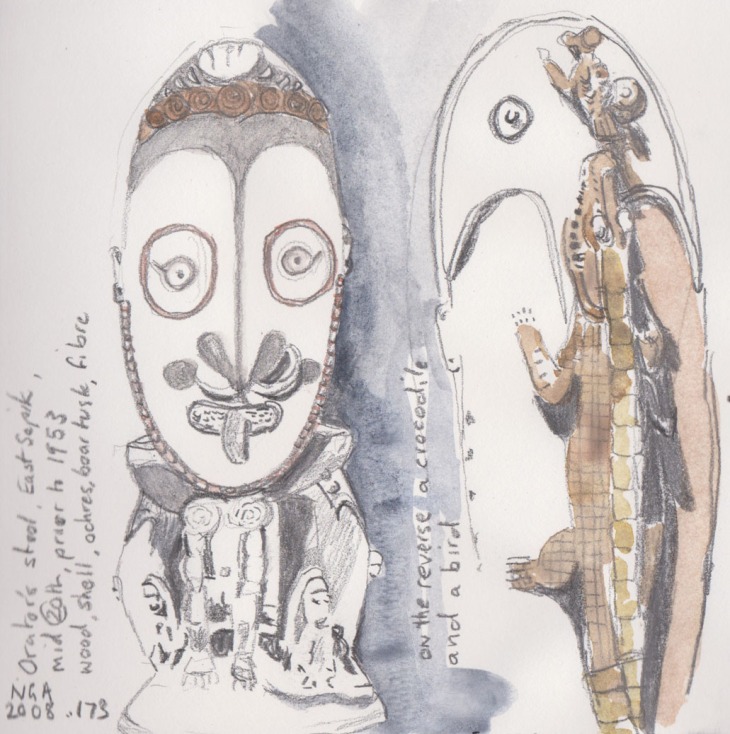 It was only after I’d finished this first drawing and went to record the details of the work, that I found the carvings of the crocodile and bird on the reverse of the stool.

I still had some 20 minutes before our meet-up time so I went and did a ‘quick’ study of this ancestor plaque. 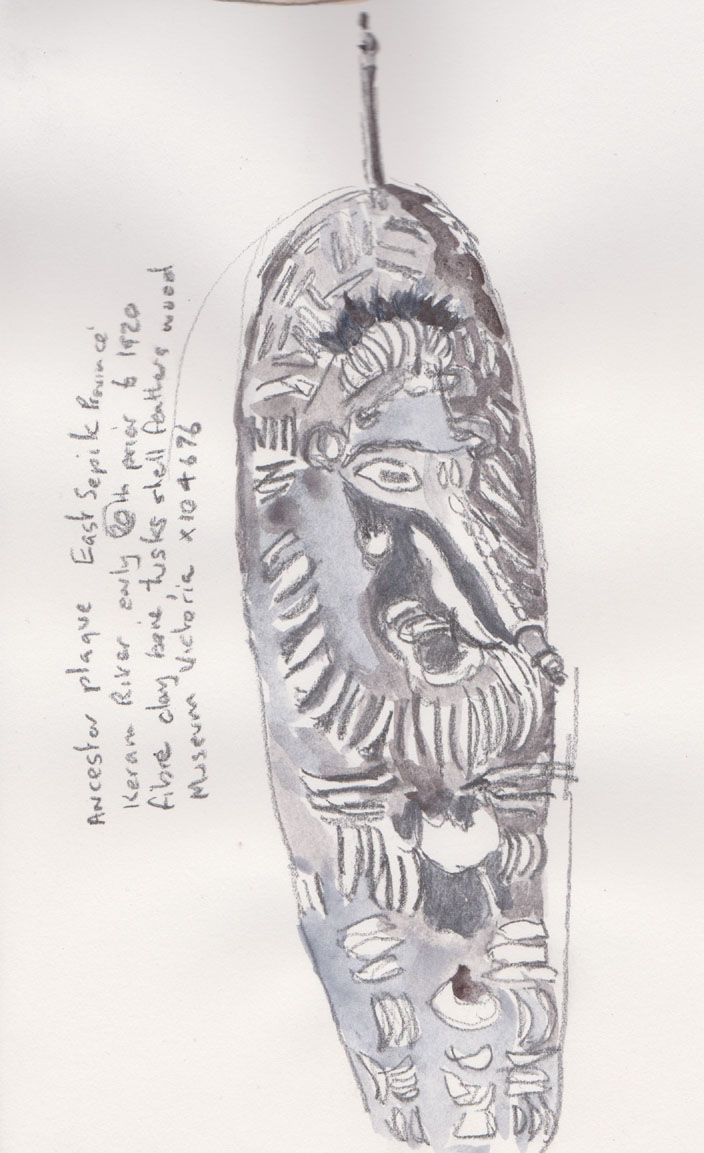 This work has a very strong presence. It is made of fibre, largely for the backing and is covered with thick grey mud. It is decorated with lots of embedded pig tusks and shells. The image wears a headband of cassowary feathers. I haven’t captured much of its ‘presence’ so I will try to return and focus on this piece again.

After the drama of the exhibition space it was somewhat of a relief to retreat to the airy lightness of the Members Lounge for lunch. Afterwards, our friends decided that they wanted to look at the Aboriginal and Torres Strait galleries so we headed off there for a final sketch. I sat out near the entrance to draw the giant, 12 metres long, fish trap, that hangs above the gallery foyer. 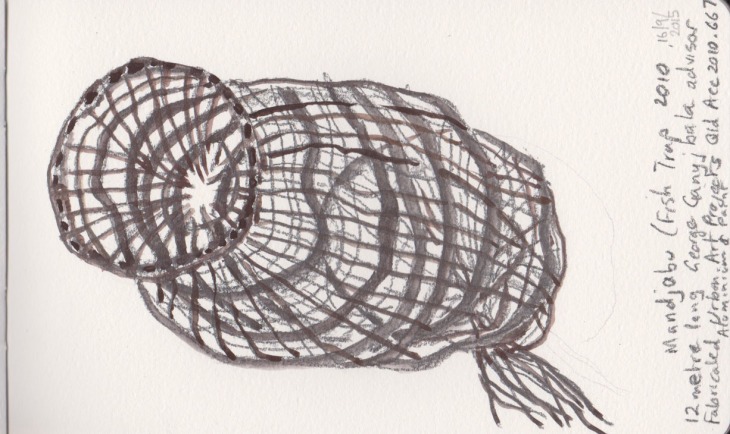 I didn’t realise that I was being observed, but this photo gives you an idea of the scale of the work.

The loneliness of the long-distance sketcher, 16 September 2015, National Gallery of Australia