I’m trying really hard to get more people into my drawings, really I am. So since last weekend I’ve been focusing on the people in the cafes a bit more. Given the usual problems of trying to capture lots of people at any one time I’m using the standard approach of making composite drawings of people, in the one setting, as they come and go. 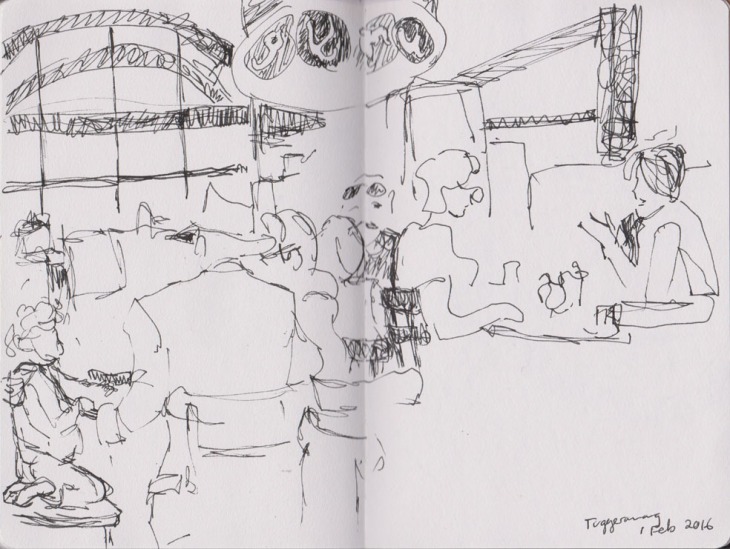 At Guru Coffee shop in Tuggeranong, 1 February 2015, pen and ink

My next attempt, trying to get some individuality into the people turned out to be not as effective as I’d hoped. Well that is unless you were expecting a Wolverine look-alike to be at the next table. 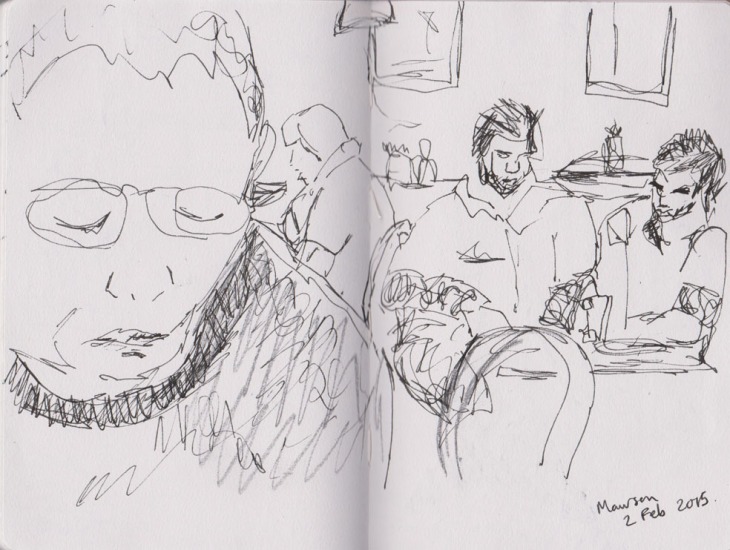 A few minutes later I noticed that the loading dock across the road from the cafe was open so the walls could be painted. I only just got to the drawing as the man painting the wall, pretty much obscured by the telegraph pole, put down his paint roller. Some late arrivals at one of the outside tables provided a bit of foreground action. 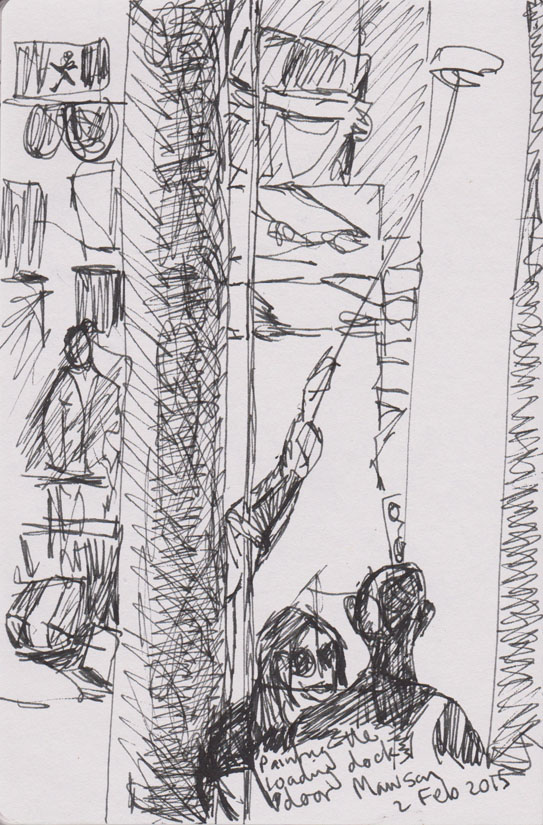 And on Wednesday I went back to my old ways, although I am trying to mix things up by drawing on newspaper pasted onto a Japanese calligraphy paper. I really just like the texture using the newsprint. Not at all archival, as my partner pointed out, but I think that’s unlikely ever to be an issue. 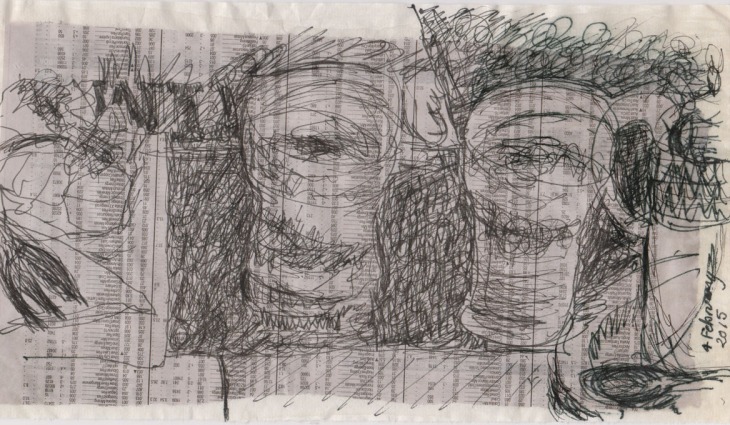 Glasses and other tableware, 4 February 2015, pen and ink with Copic Multiliner

And if you are looking for a good laugh about drawing strangers I can highly recommend Hallie Bateman’s comic on ‘How to draw people on the subway’.