I think it is the perfect summer juxteposition.  Having my first swim of the season at Nobbys Beach in the centre of the city of Newcastle and within half an hour being in the Newcastle Art Gallery seeing the Brett Whiteley exhibition, Whiteley on Water. 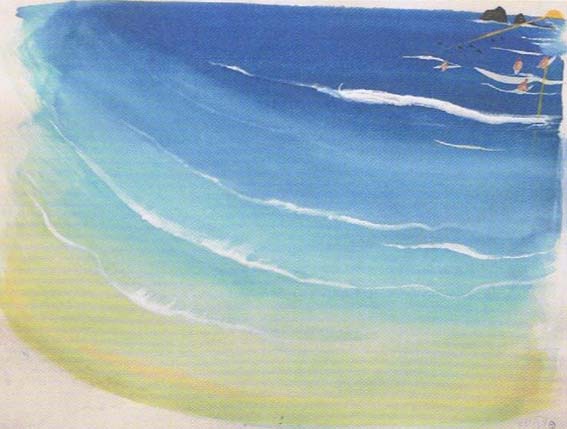 Whiteley was a tremendously talented artist with very fluid painting and drawing skills. This show includes some powerful ink paintings of waves, vigorous sculptures from his early career and some quietly beautiful paintings.

I decided to draw one of his pair of Shark sculptures, ‘Shark (Male)’ of 1966, which stood in front of his ‘Unfinished Beach polytypch’, undated. Both works are owned by the Brett Whiteley Studio. 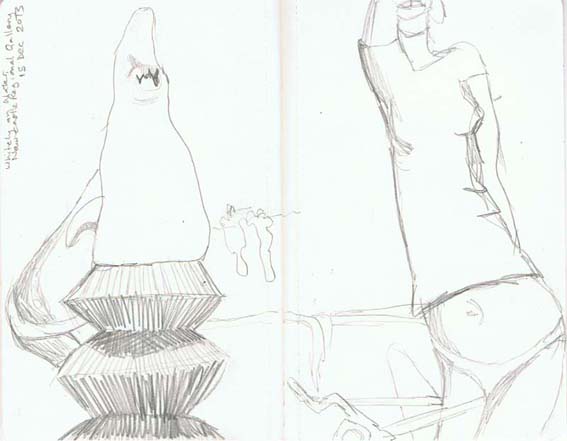 I also scanned and then coloured a version of this drawing. 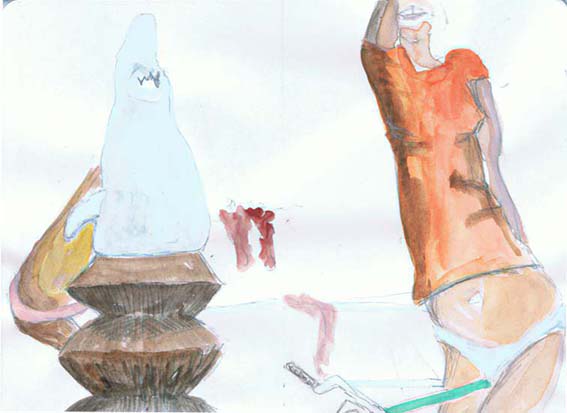