The other day I had to drive up to Goulburn to collect my work that was in the Goulburn Art Award. Half way between Goulburn and Canberra lies Lake George. While the lake’s comings and goings have been of interest for many years, the current ‘big issue’ are the numerous wind turbines that have been installed on the south-eastern side of the lake. I thought it was about time that I stopped at one of the rest areas on the lake shore and did some drawings of the turbines. 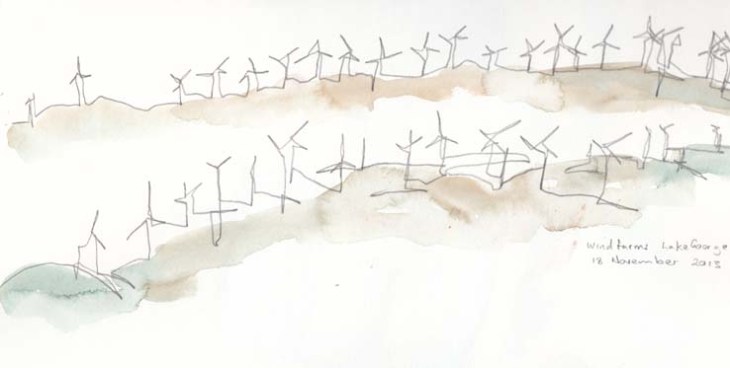 My first sketch showed me that this was perhaps more challenging than I had imagined. The two lines of wind turbines, drawn above, represented all the turbines I could see. I broke the line in two to fit them all on the page. Scale is clearly an issue. I really need to get closer to the turbines to be able to draw them as more than  stars on sticks. And the wretched things kept moving all the time! Anyway a bit of research on the web has revealed that this wind farm holds open days so I’ve signed up to join a tour at some unspecified time in the future. Further wind turbine drawings will wait.

We’d packed a picnic lunch for our little excursion so while I was eating I turned my back on the turbines and looked at what was in front of me. Here I was on more familiar territory, a carpark! 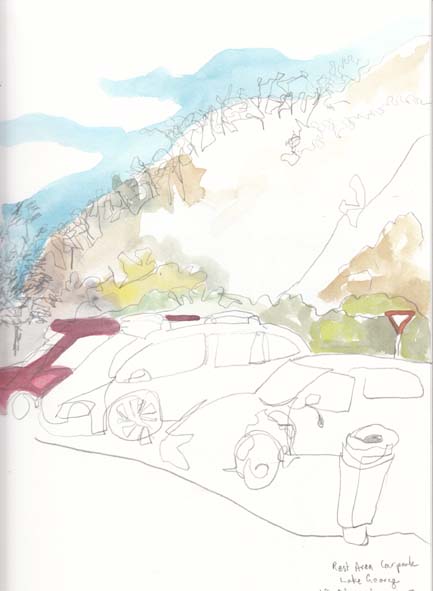 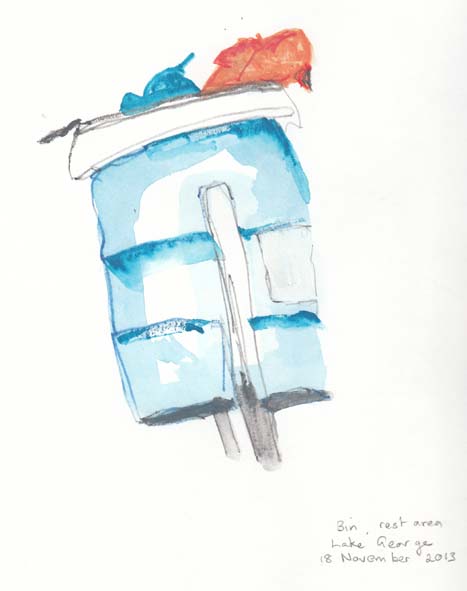 Such are the inspirations of the everyday artist.