I just received my return postcard from the Big Draw, held at the National Gallery of Australia on 27 October this year. 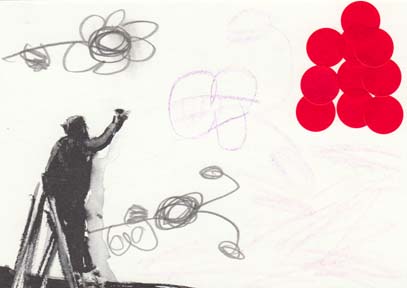 My return Big Draw postcard from last month’s event at the National Gallery of Australia.

Earlier in the day I read that The Big Draw came about when the Guild of St George, a charitable organisation founded by John Ruskin, decided to celebrate the centennial of Ruskin’s death. The aim of the celebration was “to get everybody drawing” (Christian McEwen’s book World Enough and Time) . The Big Draw continues to be celebrated annually in the UK and around the world under the auspices of  The Campaign for Drawing, which is funded, in part, by the Guild.  Serendipity!