For anyone who enjoys the art of drawing two recent exhibitions in Canberra demonstrate this art at its highest level. William Kentridge is known internationally for his work based on the techniques of drawing and collage, which is frequently translated into animation. Less well known, even in his own country, is the work of the late Roy Jackson. For both artist’s the impact of the drawn line  extends directly into their work across their chosen media.

A panorama of Gallery 2 at the Roy Jackson retrospective, ANU Drill Hall Gallery.

This retrospective features a wide range of Jackson’s practice from note and sketchbooks, collages, paintings and drawings. In the Preface to the exhibition catalogue it says “The hand is obviously apparent in all Roy Jackson’s imagery. Marks of the brush and of various drawing implements register with the maximum directness and immediacy.” 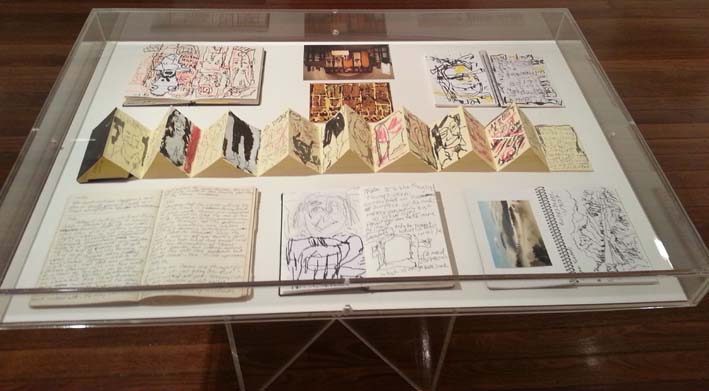 Jackson’s hand, influenced by the work of Ian Fairweather and Tony Tuckson, champions the apparently loose and expressive line. Sometimes words and figures appear, but the overall impression is of a vigorous abstraction. In one of Jackson’s notebooks on display he writes “Too much technique happening, not free or quick enough or crude or rough enough work…”. I was particularly interested in Jackson’s collage works, where he has taken drawings on small scraps of paper, adding them to a base sheet and then worked further into them.

My own notes on my first visit to the retrospective were ‘often/linear/delineation over colour/blind drawing/drawn into paint with brush end or stick.’ After my second visit I decided to try some of Jackson’s approaches for myself. I used some of my less felicitous print experiments as a base, then drew onto these with permanent maker and paint, working back into two or three successive layers. 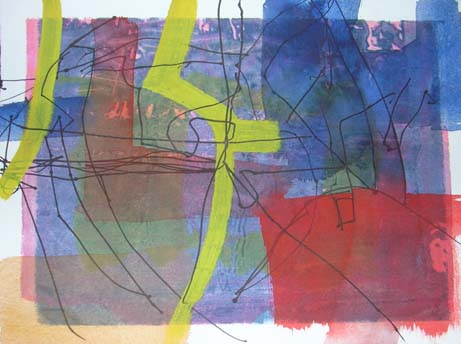 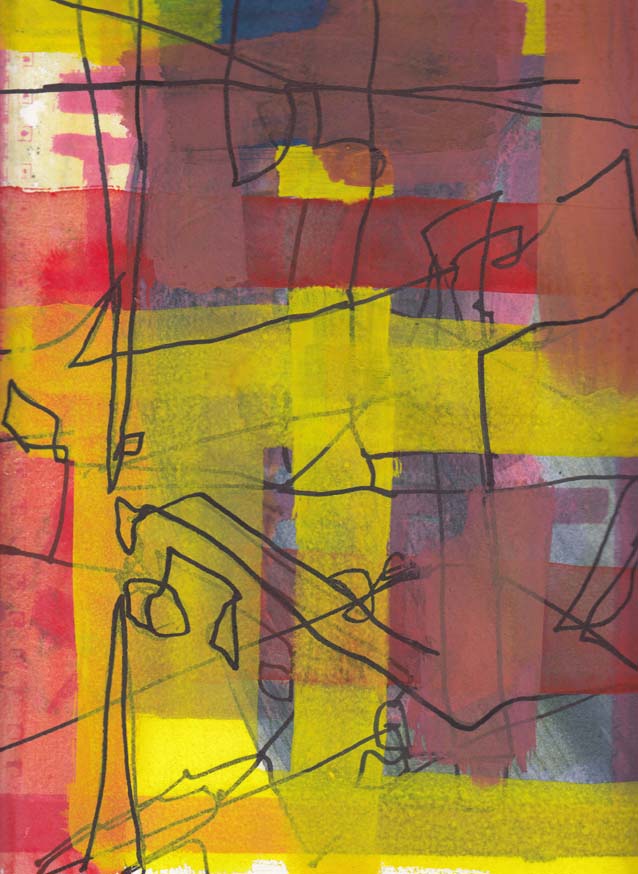 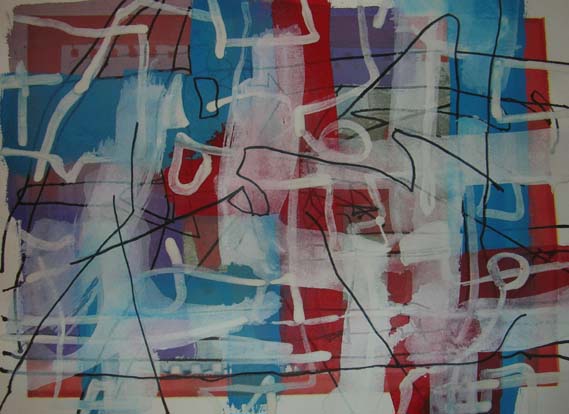 If you would like to see more of Roy Jackson’s work you can find some here.