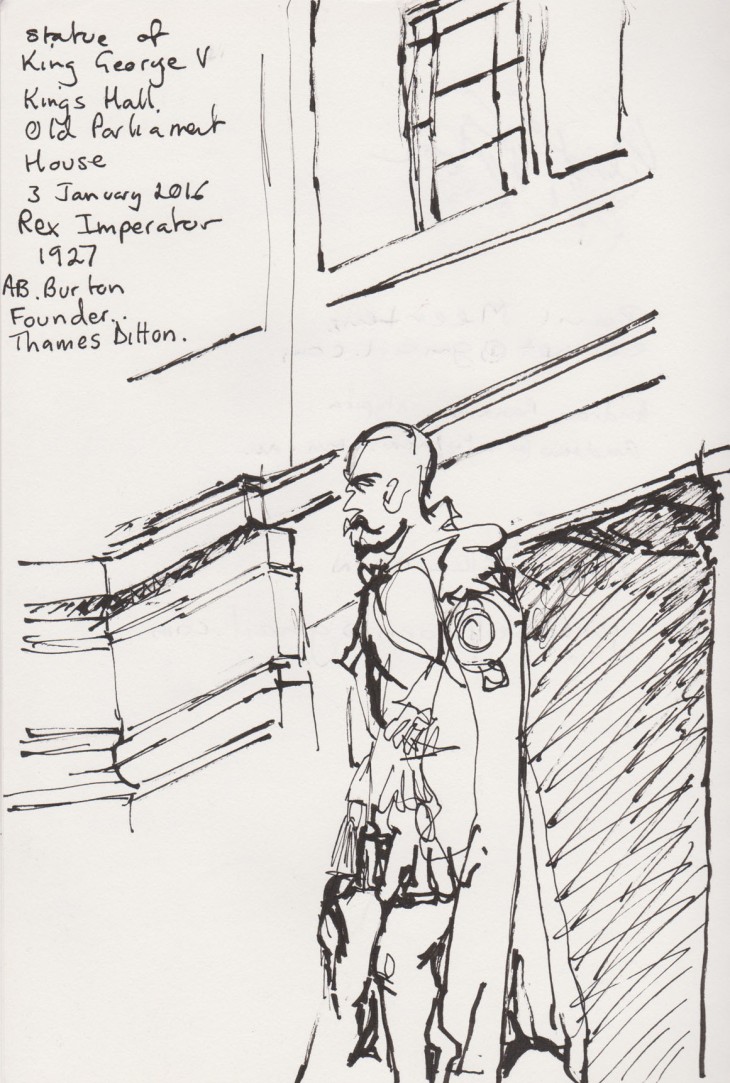 Today was the first sketch outing of 2016  of our Urban Sketchers Canberra group. We met in the foyer of Old Parliament House (now the Museum of Australian Democracy). There were sixteen of us, including two new members and a visitor. I was thrilled that we had such a good turn out while so many people are still on holidays.

I’d already decided to sketch the sculpture of King George V, which is located in Kings Hall. This sculpture portrays the King in the robes of the Order of the Garter and is the second casting of this statue, originally commissioned for New Delhi. I couldn’t capture the full regalia from the angle I was drawing (another day perhaps), but the King shows a very fine leg in his hose and garter.

Inspired by his decorative garments I decided to try another location to sketch parliamentary regalia, in the House of Representatives chamber. It turns out five others of our group were already in there, with some fine sketches being made (see more here). 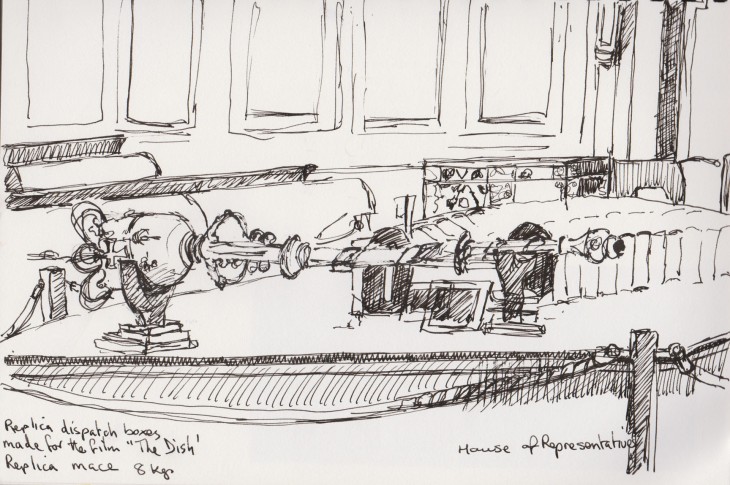 Replicas of the Mace, foreground, and the Dispatch box, rear right, in the House of Representatives chamber, Old Parliament House. Pen and ink, 3 January 2015

Resting on one end of the main table is a replica of the Mace, the original of which is now in the new parliament building, in the House of Representatives chamber. At the far end of the table you can see one of the Dispatch boxes. I was amused to learn from one of the guides that these replicas of the Dispatch boxes were made when the movie ‘The Dish‘was filmed in the chamber. The film company kindly left them with the museum after they finished filming.

After all this pomp and ceremony I decided to make my final sketch in the Senate Opposition Meeting Room, where I could sink into the comfortable large lounges, much as many a Senator has no doubt done before me. 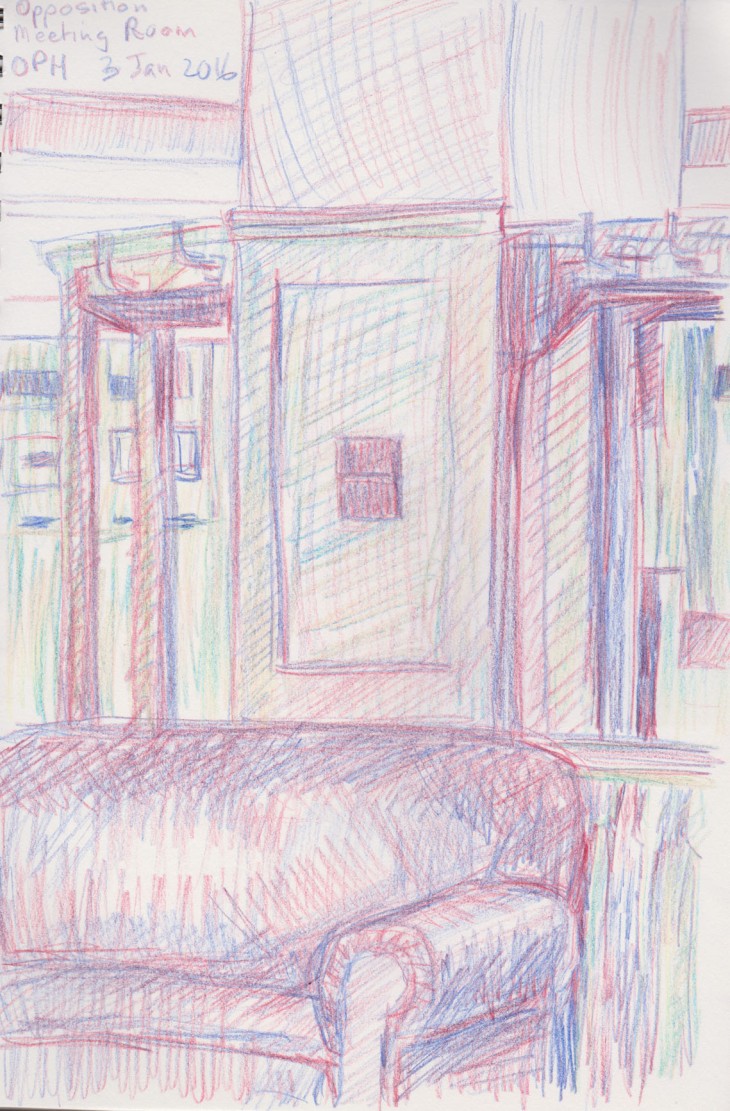 The upholstery is in the maroon coloured leather, that is used in the Senatorial wing of the building. Original furniture and fittings were designed by John Smith Murdoch, the architect of the building. I’m currently testing out my new Koh-i-nor Magic pencils (more in another post). I think that the paper I used was not perhaps very well-suited to these pencils. I will try paper with a bit more surface bite to it next time.

And finally here is our group, along with His Royal Highness. 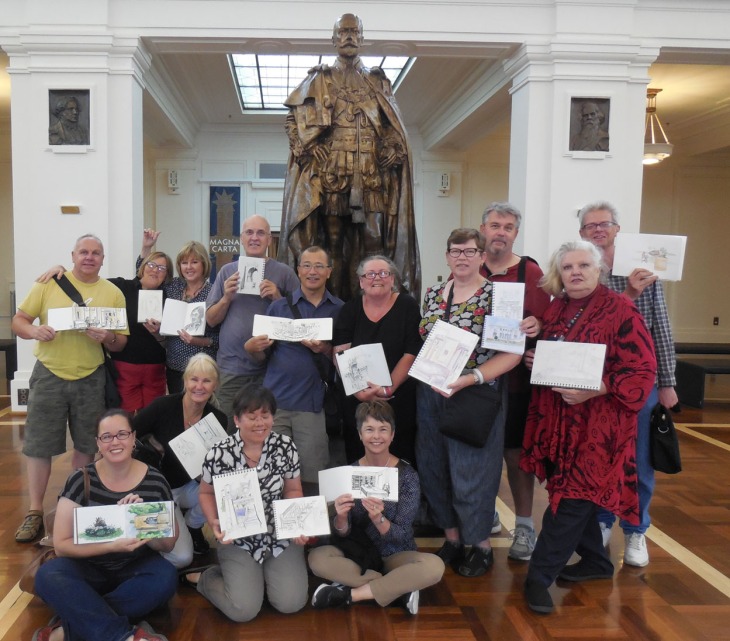