It is an amazing thing to drive for an hour through a landscape, to arrive in a room where that same landscape has been abstracted into 10 works of art. 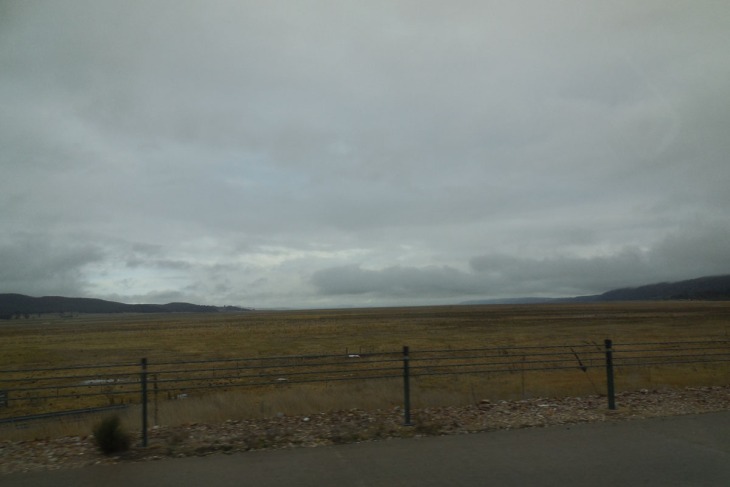 Looking eastwards across the dry bed of Lake George

The Goulburn Regional Gallery is currently showing, The Daylight Moon, a collection of 10 works by Rosalie Gascoigne. Gascoigne was born in New Zealand 1917 and died in Australia in 1999, (she lived in Australia from 1943). Gascoigne is, arguably, the greatest Australian landscape artist of the late 20th century. The ten works have been selected to show Gascoigne’s response to Lake George. The Lake is the major feature on the drive between Canberra and Goulburn. It is known throughout our region as the disappearing lake, as the water levels change from full to totally dry depending on the local rainfall.

The gallery layout is simple. Partitions have been placed to  square up the centre of the gallery. The centre of that space is occupied by a large work called A Piece to Walk Around, (1981), which is a composition of dry thistle stems, thousands of them, laid in a simple grid pattern directly on the floor. In the gallery this takes the corresponding position of the lake as the central theme of the exhibition. The remaining works are hung on the surrounding walls, with space to breathe, as is appropriate to the sense of space that is present in the land around Lake George.

My immediate response to the gallery space was to stop and take a deep and relaxing breath, then let the art flow around me. I have seen many of Gascoigne’s pieces over the years, but those included in this show were largely unfamiliar. If you haven’t seen Gascoigne’s work you should know that her pieces are composed from found materials, such as corrugated iron and old timber road signs, that she collected from small town dumps in the area.

I realised that I needed to slow down enough to really take in the work. So I borrowed a seat so I could sit down and draw one of the works, High Country, (1999). 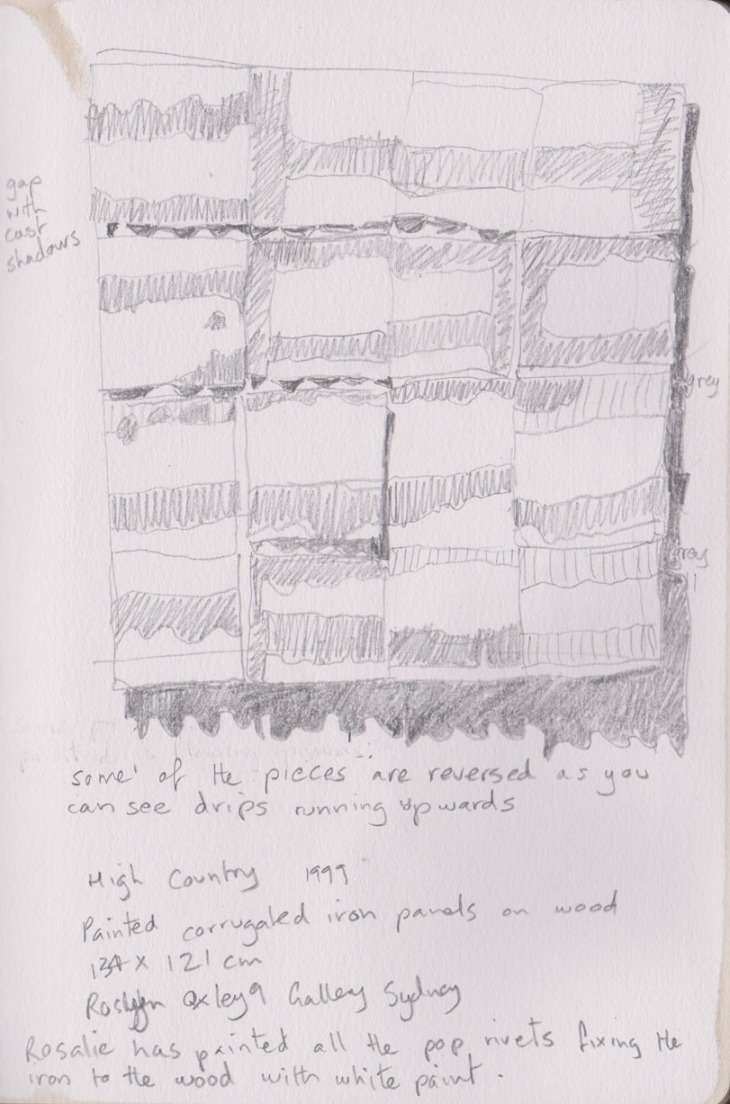 These are my notes made in the gallery, but I couldn’t resist copying the drawing onto watercolour paper and adding some colour once I had returned home. 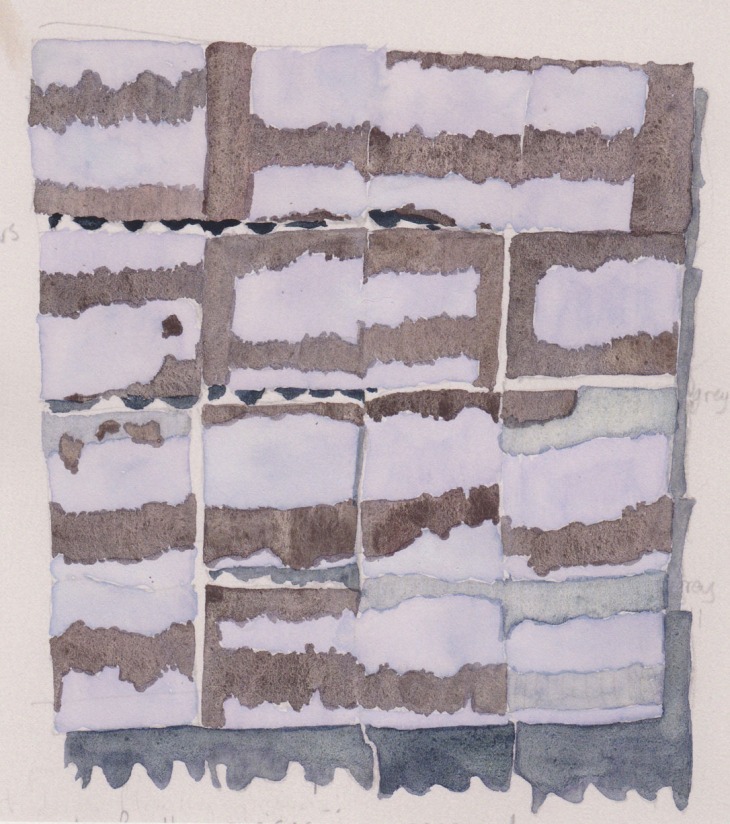 What did reveal itself as I sat and focused on this work were the shadows cast by undulations of the corrugated iron on the wall and even on the supporting wood panel. Other works, such as White Garden, (1995), cast similar lacy shadows. With closer examination you could also see where Gascoigne had worked with the original piece of iron, cutting and rearranging the individual segments into a complete work. 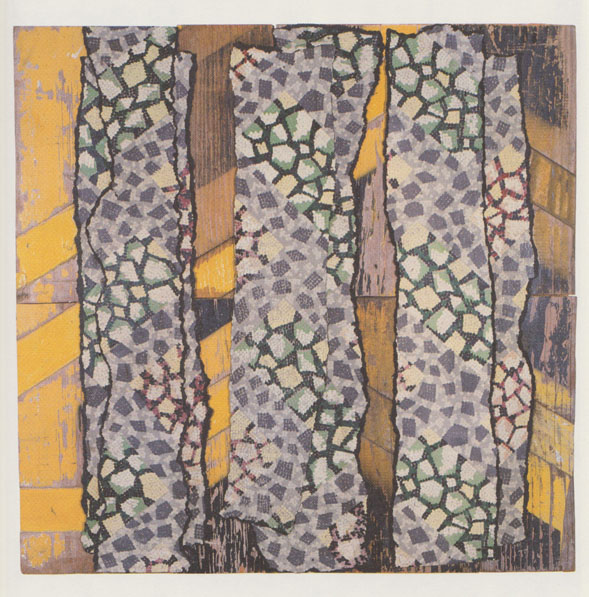 This is a show that invites contemplation. It would be too easy to breeze in, glance at the walls, do a quick turn around the central floor work and walk out again. Please don’t.

If you are a local you have until 22 August to see this exhibition. Highly recommended, along with the drive through the country. 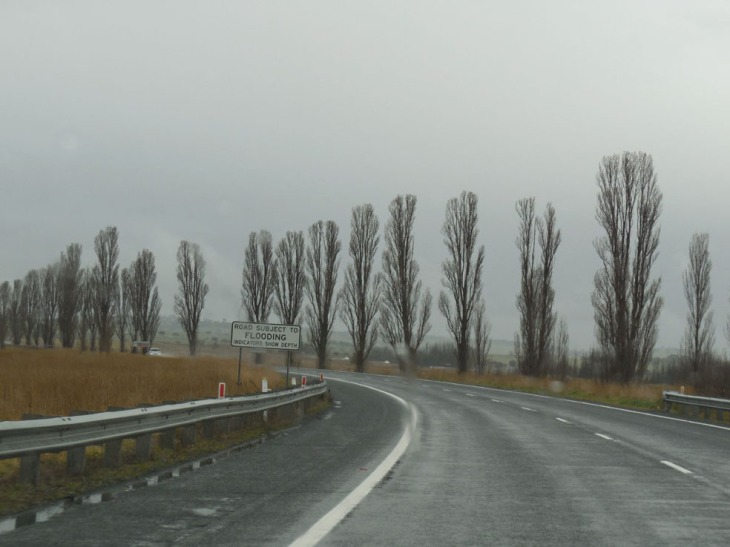