Looking back at my small sketchbook today I realised that I haven’t posted any drawings from the last two weeks. So here goes.

On 30 June after a weekend of vile wet and cold weather we finally had a clear day. Suffering from mild cabin fever we took the opportunity to walk along the fire trails on the lower slopes of Mt Taylor, part of the Canberra Nature Parks reserve system. The main reason was to get a view of the snowfalls on the Brindabella Ranges (please excuse the dodgy panorama which I stitched together in Photoshop rather than with a special program).

The fire trail also runs beneath the powerlines. I quite liked the looping repetition of the lines. 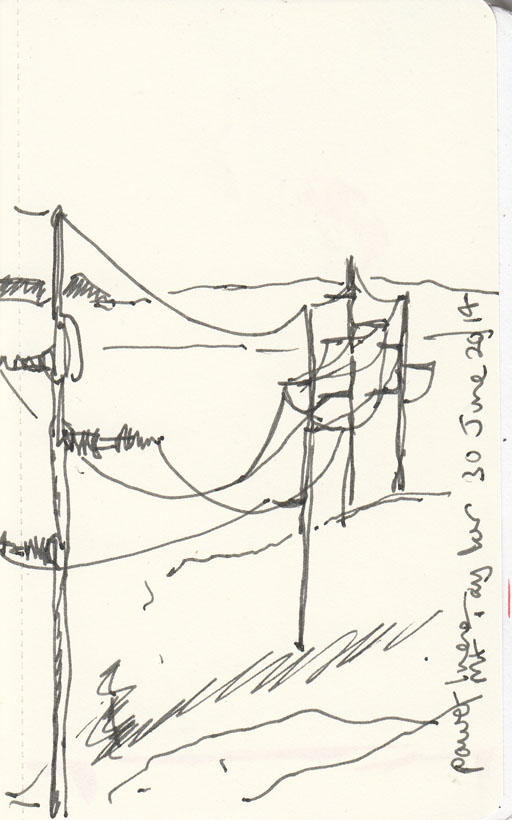 As I finished this sketch I became aware that I was being watched by two locals, a female Eastern Grey kangaroo and her joey. 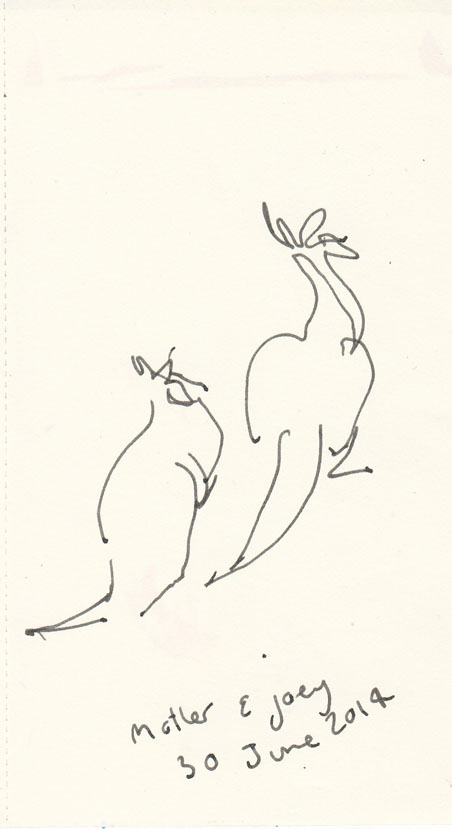 At the bottom of the fire trail we came across evidence of other artist’s in the area. Someone, some many, had been making Goldsworthian interventions in the bush. Good to see. (BTW the small rocks come from the fill put on the fire trails for maintenance, they haven’t been taken from the bushland). 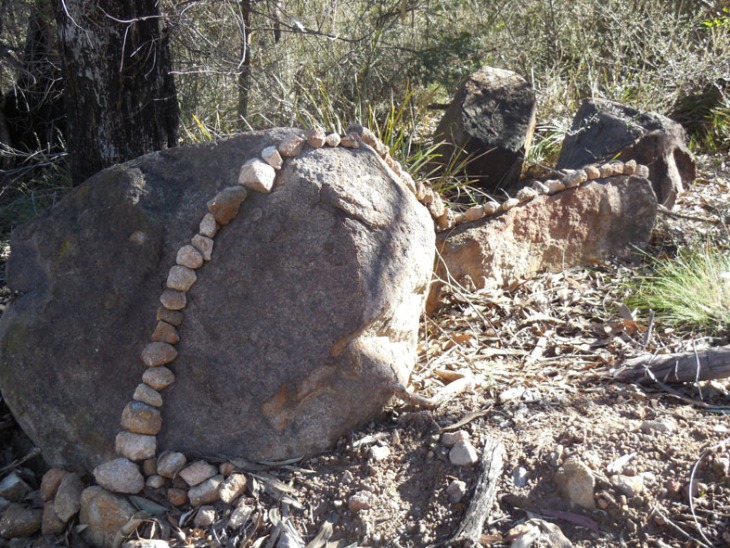 A ‘Goldsworthian’ intervention on the lower slopes of Mt Taylor, 30 June 2014.