Here are the sketches l made during my stay in Utrecht. 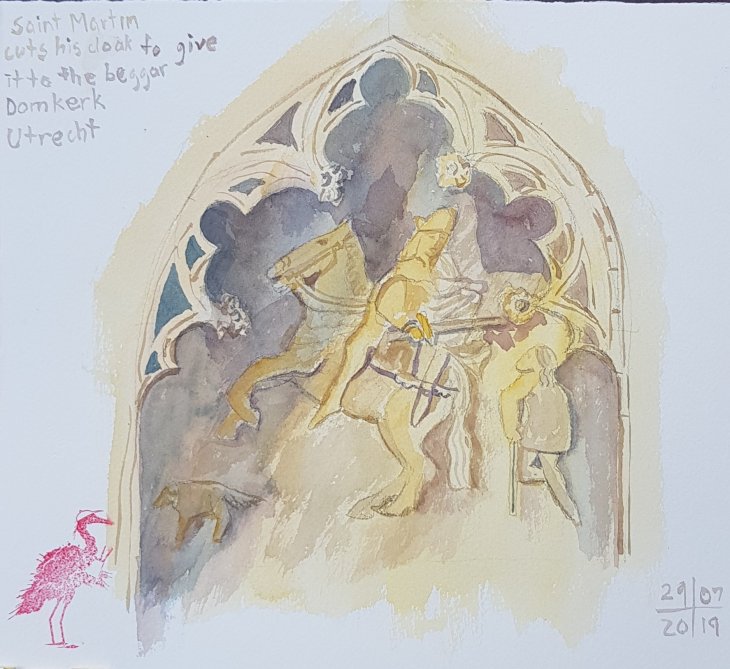 Sculpture from the Dom of St Martin of Tours cutting his cloak in half to give to a beggar. (At first I thought it was a strange image for a church, quite threatening with the drawn sword, until a passer by explained the story). The City of Utrecht also derives it’s diagonally slashed two colour red and white coat of arms to this story.

Some roofline and details of a building near the Dom.

The canals of Utrecht are distinguished by their lower level storage areas, now largely used as restaurants and cafes. 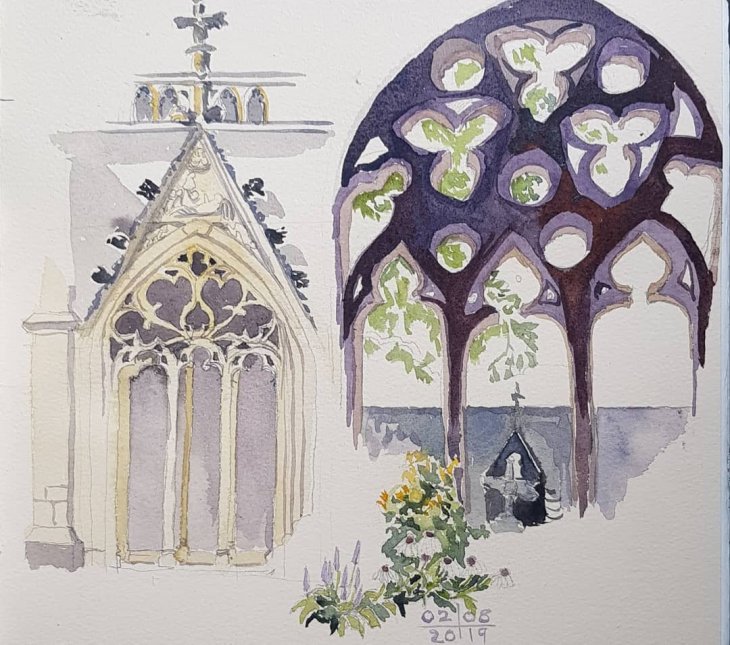 Next to the Dom are the cloister gardens, which are owned by the university. Each arch has a different tracery. I could have sketched in there for ages. While the gardens are generally open to the public they can be closed for university events. In that case they can be seen from the Dom cafe, inside the cathedral.

The character of Miffy was created by Dick Bruna, a Utrecht native. In 2014 a statue to Dick and his creation Miffy was made by Jacques Tange. The sculpture has two sides, one featuring Dick and the other Miffy.

Just outside Utrecht station, in the middle of the canal sits this whale made of 5 tonnes of plastic reclaimed from the ocean. It’s called Stranded and it was made by Studio KCA. I understand that the sculpture is travelling the world and will only be in Utrecht for a few more months.