We took a quick trip up the road today to Goulburn, one of the oldest cities in New South Wales. As always we were attracted by the various period buildings throughout the city. This visit we allowed enough time to make a number of sketches.

While waiting for my lunch I quickly sketched one of the commercial premises on the main street. I found the combination of dark and light patterns a perfect subject for playing with my fountain pen. 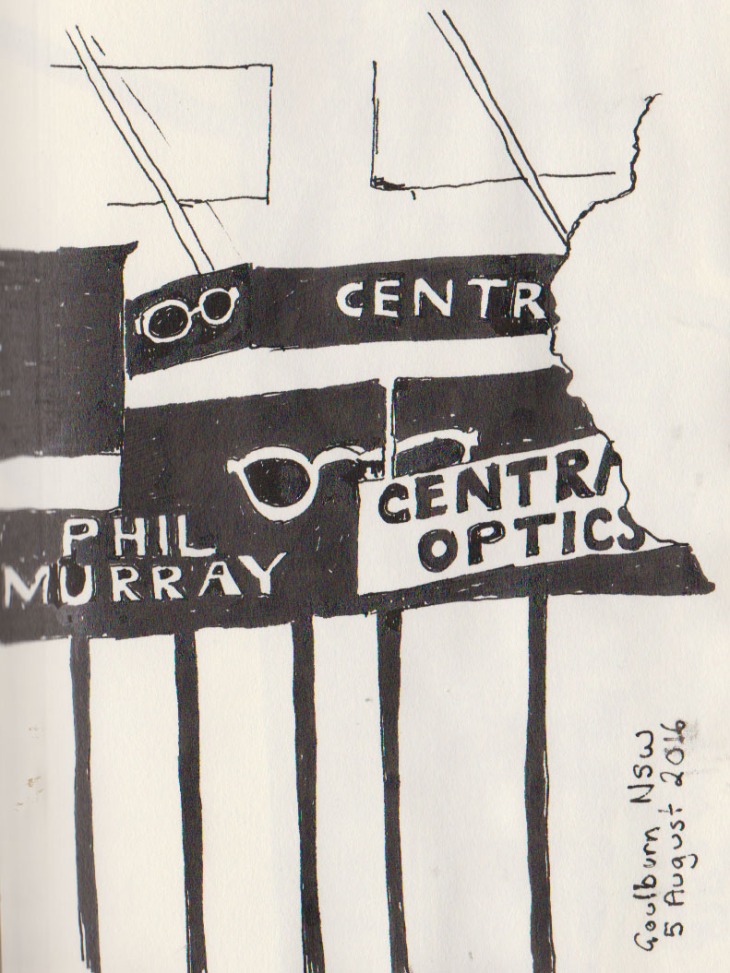 After lunch we shifted down to the railway lines to paint, not the attractively restored station, but rather one of the storage buildings further along the track. 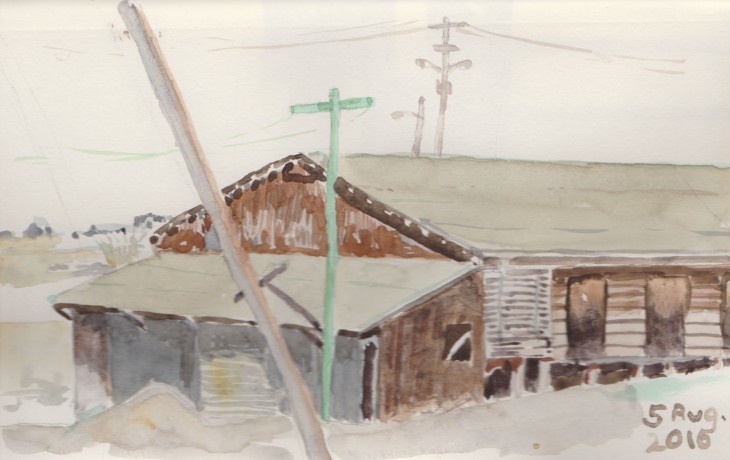 Our final stop was back in Belmore Park, in the centre of the city where we decided to make a quick sketch of the Victorian era Court House. I swapped styles yet again to try out my black and white and a punch of colour technique. I was pretty pleased with the outcome except for one thing – I left out a whole section of the upper level of the building – oops. 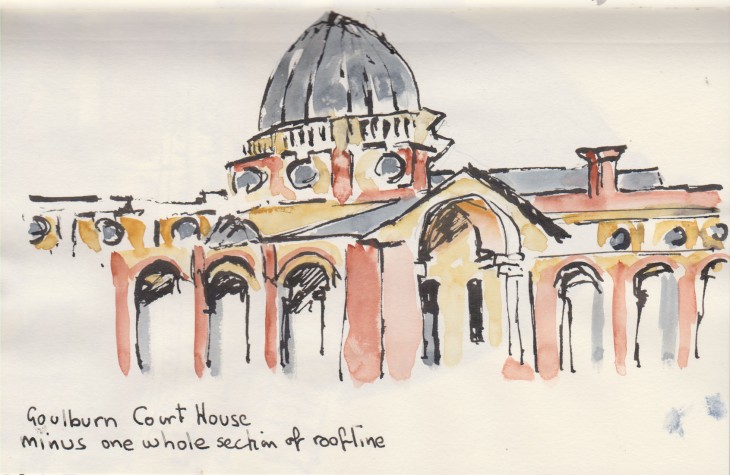 Not quite the Goulburn Courthouse, watercolour, pen and ink, 5 August 2016

There was nothing for it but to have another go. 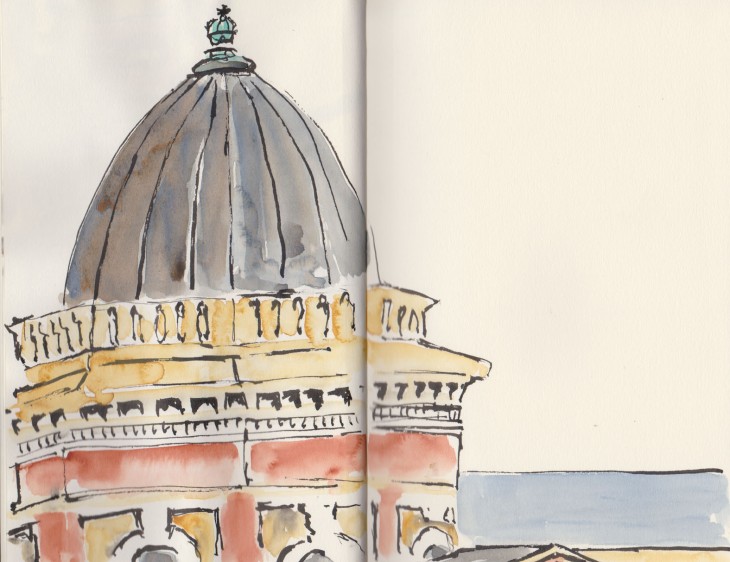 The dome of the Goulburn Court House with the missing bits added in, watercolour, pen and ink, 5 August 2016

of the dome is quite literally crowned with a copy of Queen Victoria’s imperial and state crown that featured in the print of the Queen, a copy of which graced my grandparent’s home. Our day of sketching ended somewhat abruptly when a bus load of school boys arrived and quite literally parked out the view and raised the decibel level in the park quite dramatically.

For these sketches I got to try out my Stillman and Birn Gamma series Vellum Suface sketchbook, (150gsm).