I was at the Beach Boys concert Friday night, I’ve turned into such a rabid sketcher that I even took my small sketchbook along. Before the show started I drew some backgrounds in so I only had to add the figures when the time came.

I managed this sketch, from the side of the theatre. The watercolour was added afterwards. 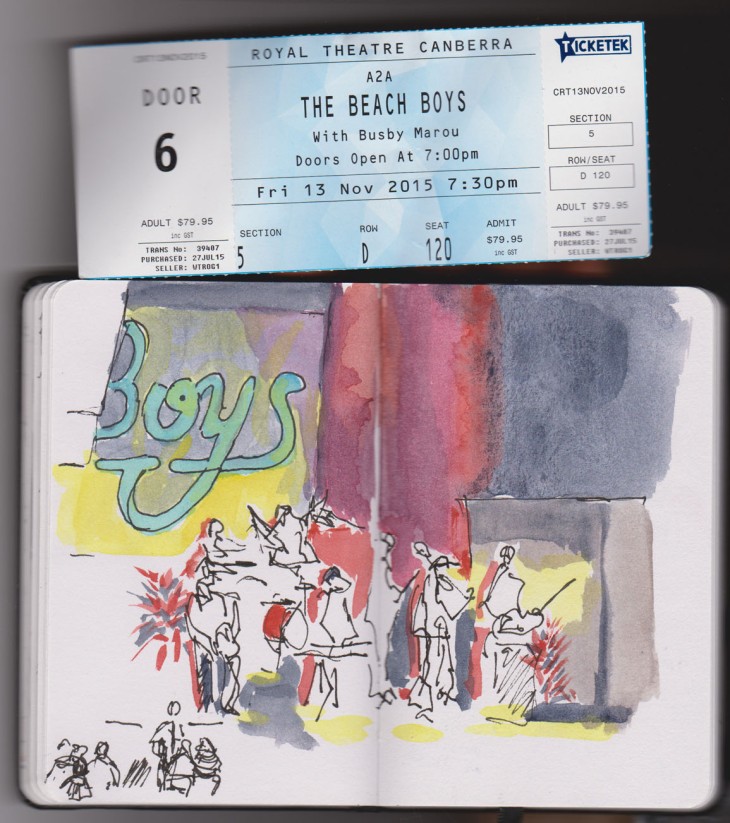 The Beach Boys on stage, pen and ink and added watercolour,13 November 2015

I even managed a second drawing of two of the band, Jeffrey Foskett a band regular and Bruce Johnson, who joined the Beach Boys in 1965.

So my figures are turned out more ‘stick’ than realistic but hey its hard to dance and draw at the same time.

My biggest regret was that this version of the band doesn’t include Brian Wilson or Alan Jardine – but we had fun nonetheless. The music was great and the musicians were all really good. John Cowsill (of the ’60’s pop group, yes those Cowsills) was a total crazy man on the drums and he’s nearly 60! No time for further drawing I just had to dance for the rest of the concert!