When my watercolour set started filling with flying sand I realised that today was not going to be one for plein air painting. I got this far when commonsense overtook me. 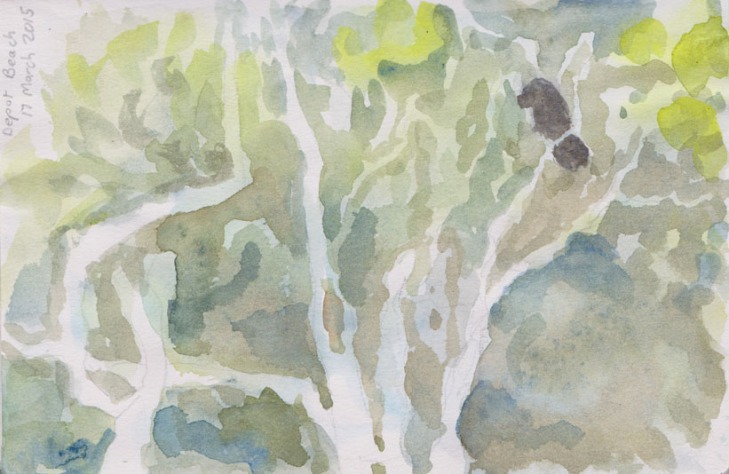 It wasn’t a pleasant day. The nor’easterly was whipping up the waves as well as the sand. To give you an idea here are some of the waves that were breaking on shallow rocks off the beach. 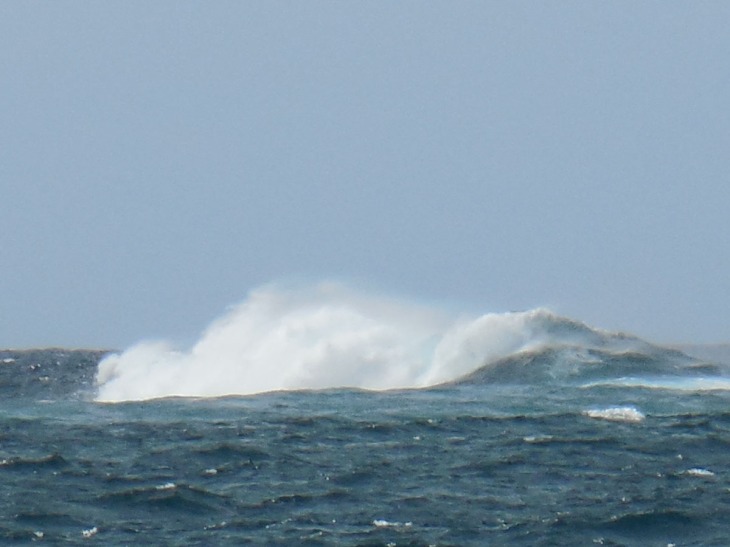 We were staying at Depot Beach, part of Murramerang National Park, for a few days. Usually the wind doesn’t really get going until the afternoons onshore breeze, but not this trip. My partner retreated to the calm of our cabin while I made a quick graphite sketch of the trees so I could paint them later.

Determined not to leave the beach without taking a short walk, I made my way along the rock platform which was partially sheltered from the wind. Here I found a cluster of Zebra Top Shells (Austrocochlea porcata) clustered around the base of a rock, on the side away from the incoming sea. 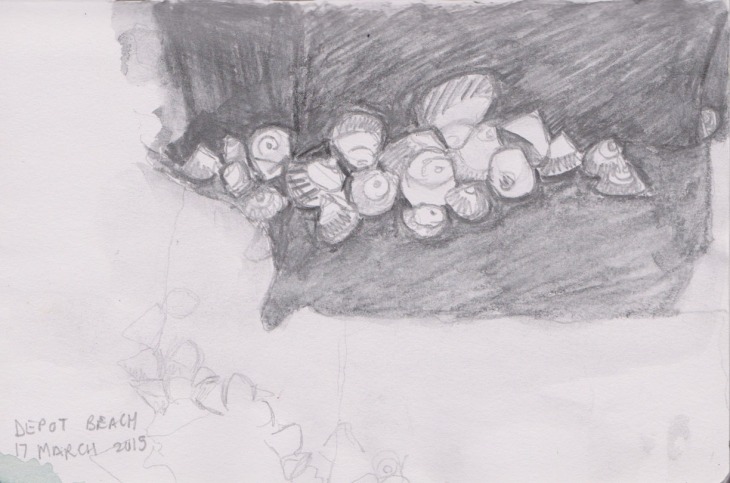 The other unusual sight on the beach were myriad pebbles and larger pieces of pumice. These have been washing up on Australia and New Zealand beaches for over a year now. 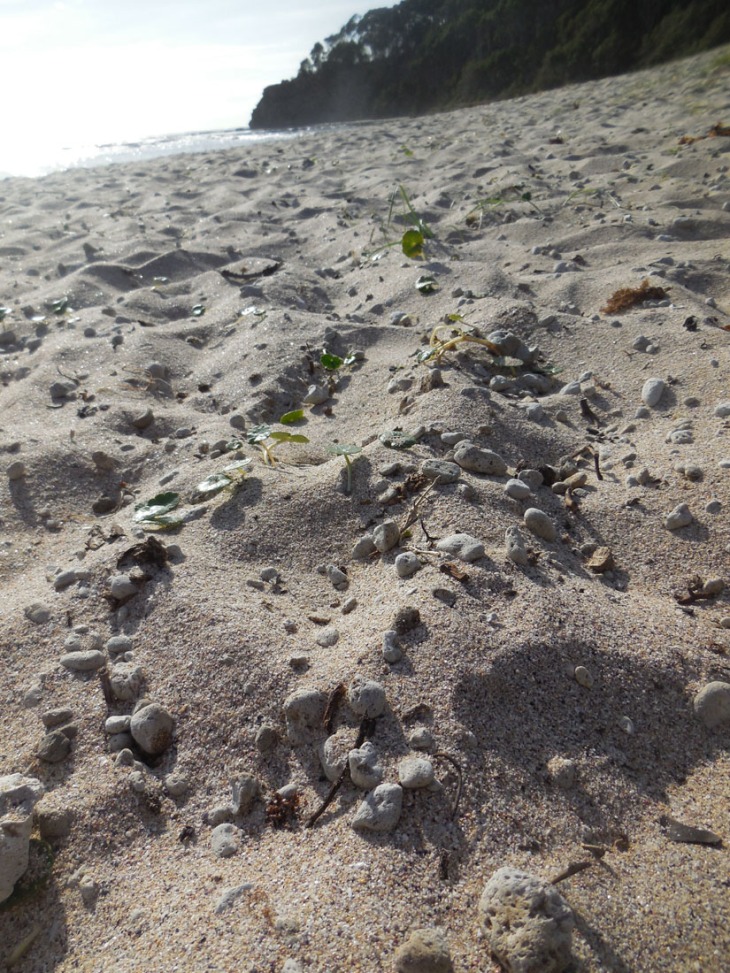 The Pumice comes from an underwater volcano located on the ocean floor on the Kermadec arc some 1,000 kilometres north of NewZealand.

Later that evening I sat down to try and reconstruct the painting I tried earlier in the day. I was pretty pleased with the result. 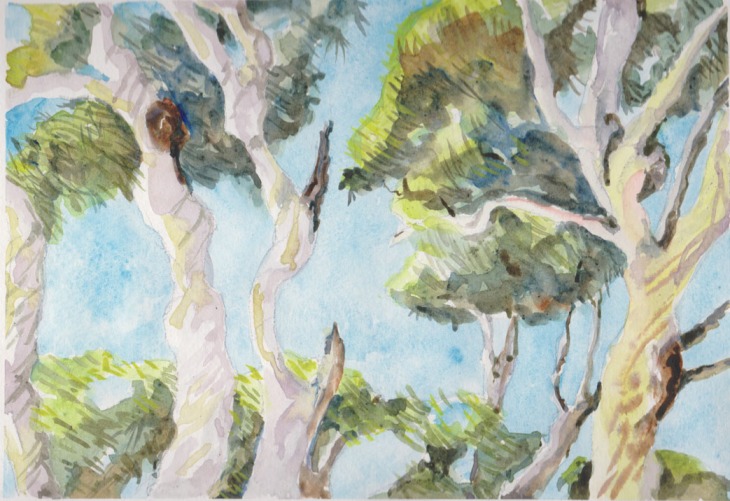 My Spotted Gums (Eucalyptus maculata) retained some of their liveliness as a result of the initial drawing. Although the painting does have a touch of the ‘modernist’ watercolour about it, due no doubt in part to the subject matter, as coastal scenes were very popular in the mid 20th century. By way of comparison here is Kenneth Mcqueen’s Under the Casuarinas, Maroochydore, c. 1938