As I’ve been trying out my new sketchbook over the past few weeks, I’d forgotten I also had several cafe drawings in the book I always carry in my bag. Here they are. 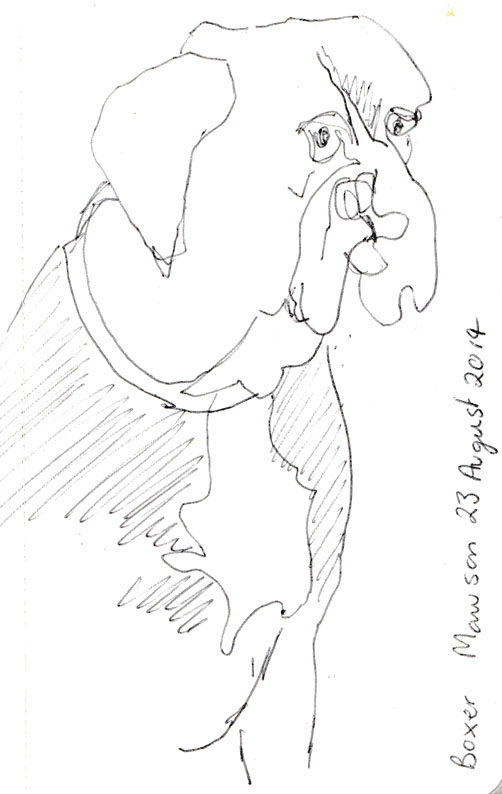 A bulldog waiting for its owner, ballpoint pen, 23 August 2014

The construction site opposite the cafe offered an unusual subject by way of a cement mixer.

The Loading Dock Cafe, is exactly that, a cafe in the rear lane of West Row, in the centre of Canberra. Thankfully some very solid concrete bollards separate the cafe-goers from reversing vehicles. 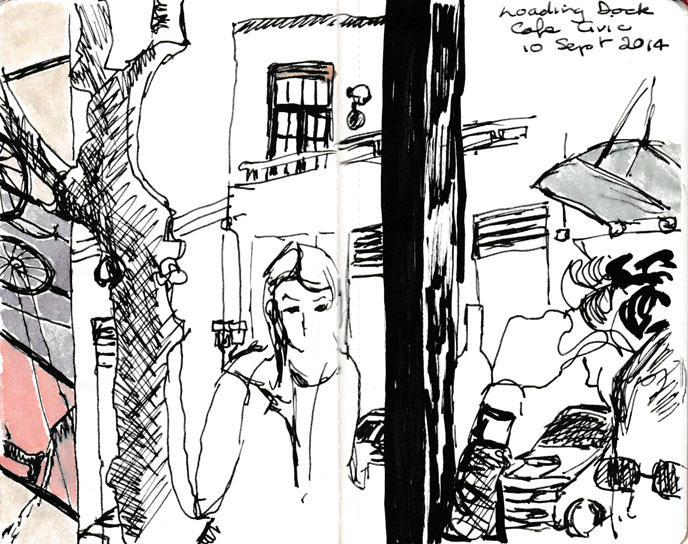 View onto the lane from the Loading Dock Cafe, pen, ink and watercolour, 10 September 2013