I have run into a bit of a problem with my fountain pen, the Duke 209 with the bent ‘fude’ nib. Having used up the ink in the cartridge provided I was keen to change over to a different colour and brand of ink. The only problem was that as soon as I did so my pen just stopped working as well as it should. It was scratchy and the ink wasn’t flowing. I figured that as the ink had dried out since I used it last, that there might be a problem with a blockage to the ink flow. Quite frustratingly the nib on my pen didn’t want to come out of it’s holder, so I had great difficulty trying to see if dried ink was the issue there.

Catbus, (one of my favourite characters fro m the animated film My Neighbour Totoro, Windsor and Newton Calligraphy ink in Sepia, 21 March 2015

I could manage to get some indifferent and inconsistent lines out, but I thought that pushing the pen to get those marks was probably causing some damage as well. Enter Youtube.

There’s no doubt that you can find just about anything you want (and plenty of things you’d rather not know) on the internet so I did a search for fountain pen troubleshooting to see if someone out there could help with my problem. And they could. It seemed that I had several standard problems, the nib wasn’t wet enough, the tip of the nib was out of alignment and possibly my nib needs polishing, although I haven’t checked that last one out.

I followed the suggestions made at The Pen Habit and at least now I have my ink flowing more smoothly and the scratchiness of the pen has just about disappeared. My partner finally managed to get the nib out by brute force and the nib has been cleaned. Whether this pen will continue to work well into the future is something I’ll just have to find out. At least it was inexpensive so I feel I haven’t lost much if it does ultimately turn out to be dodgy. Here is another version of the Catbus, following pen modification. 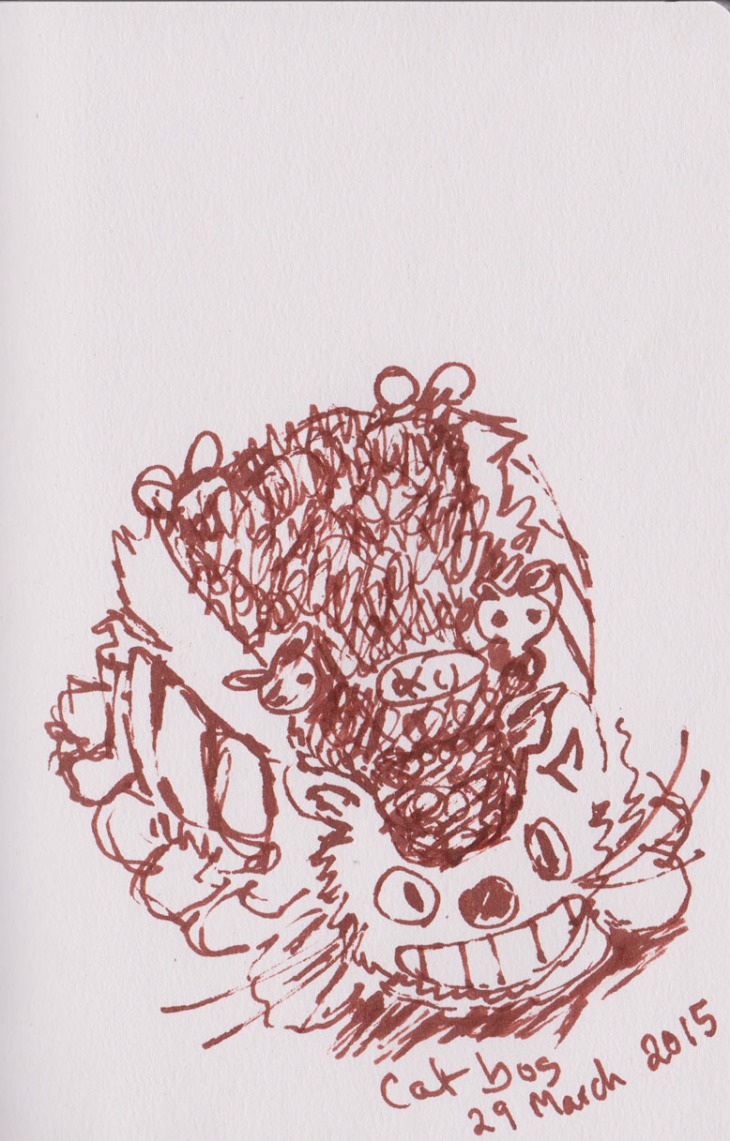