I love looking at gardens when I travel. This recent trip was the first time we have been in Japan during cherry blossom time.  In Kyoto there was one place we had to visit, Tetsugako no michi, or the Philosopher’s Path. Along a canal channeling water down from the hills surrounding Kyoto are rows of cherry trees. Both Japanese and foreign visitors alike crowded the paths to take photos of themselves, as well as the blossoms.

I was able to take the time to sketch a section of the canal and while it had been my intention to add painted cherry blossom to the top of the sketch, it didn’t happen. I’m content to leave it like it is. 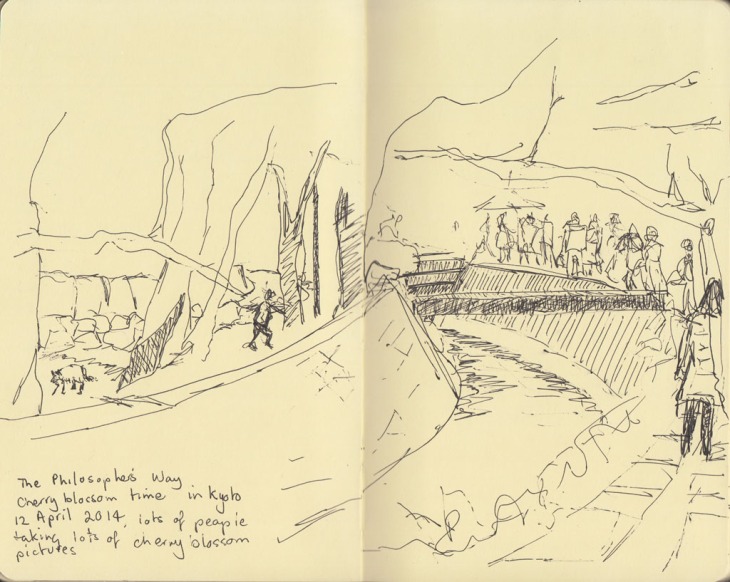 After leaving Kyoto we travelled to Kanazawa, a city on the west coast of Japan, that developed  as a centre of gold mining – the city’s name means ‘gold swamp’. We stayed with local families while we undertook a two week language course. I was excited to find that my “host mother” was, like me, a keen forager of edible plants. During my stay she went to the local mountains with friends and also on a guided field trip to gather local wild foods. I had fun drawing the plants when she bought them home.

Kogomi, (Matteuccia struthiopteris, or Ostrich Fern) fresh fern fronds, which we ate as part of our dinner.

Kuro moji, (Lindera umbellata), which we drank an infusion of. Apparently this plant is being examined for potential medicinal use. I can only say that the tea made from the plant was very pleasant. 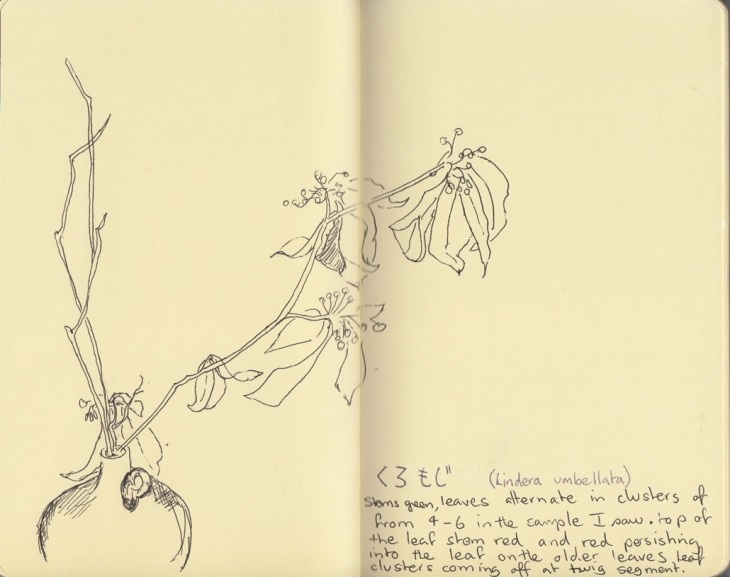 We were in Kanazawa at the absolute peak of the cherry blossom season. We visited Kenroku-en, the magnificent garden in the centre of the city. 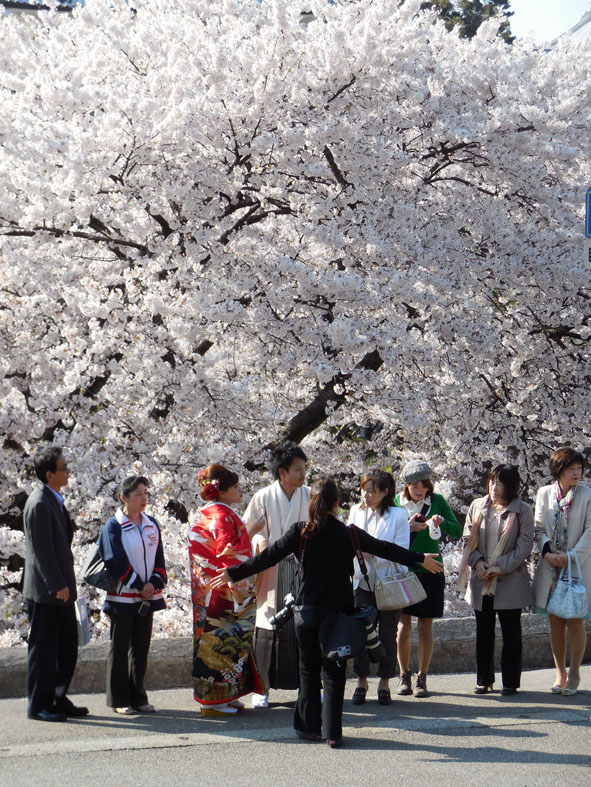 A wedding party under the sakura (cherry blossom) at Kenroku-en garden, Kanazawa, Japan

Our first visit was with our class so there was no time to draw. Two weeks later I returned to the park to draw. The cherry blossom was all gone. Instead, I drew my favourite section of the garden, a meandering stream that is lined with irises and azaleas, under a canopy of cherry trees.

I would have loved to have been able to stay on a few more weeks in Kanazawa to see the iris in bloom. The best I can do is give you a link to some photos of how good it can look.