We spent Sunday down the coast (a two hour drive from our place), snorkelling at Guerilla Bay on the New South Wales South coast. This sheltered bay is divided into two scalloped coves by the most amazingly distorted rock formations. It is thought that the original layers of sedimentary rock, laid down on the ocean floor, were subsequently subsumed into a subduction zone turning them into the warped shapes they are today.

All drawings were made with watercolour pencils on 200gsm paper. 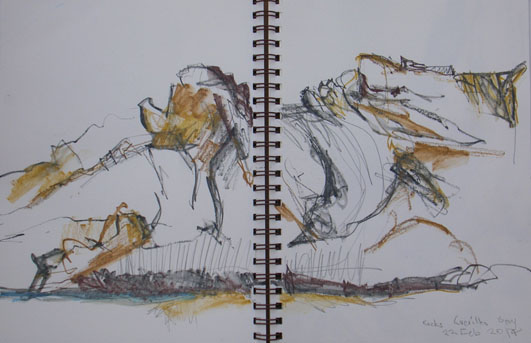 The view of the curving rocks at the northern end of the cove was equally dramatic. 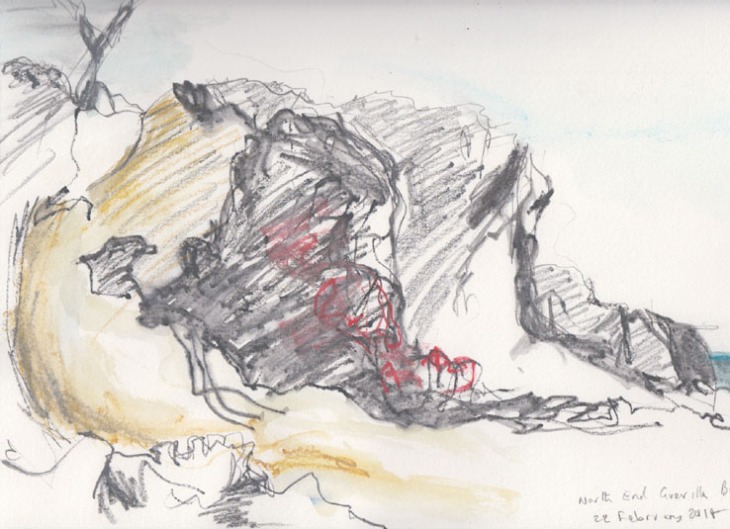 To round out the drawings today I drew our snorkelling gear washed out and drying after a great day. 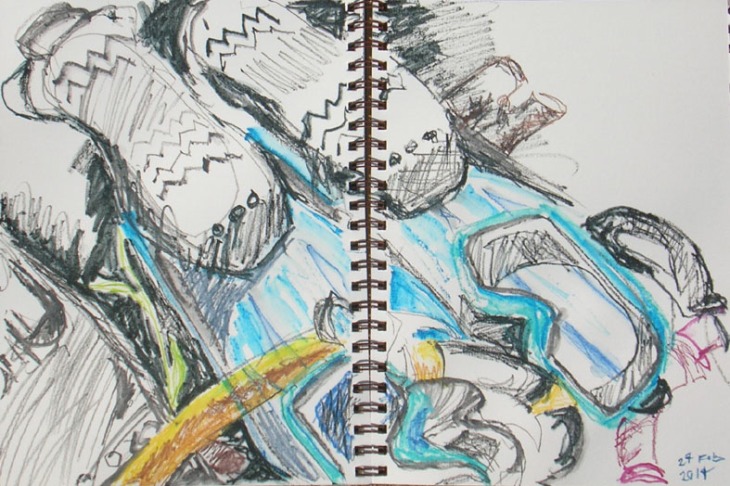